In December 2007, we heard about a website called MyToons via the Cold Hard Flash website. The article was about a commercial bumper competition that was being hosted at MyToons. A commercial bumper (or break bumper) is a brief transition announcement that is usually placed between the television program and the actual commercials. The rules are simple: The bumper must be under 30 seconds, and it must contain the MyToons Logo.

We decided that we would enter this competition if we could fit it into our work schedule. At the time, we were knee-deep in the production of the My Neighborhood Pilot, so we were definitely unable to start immediately, but we did begin brainstorming about what our bumper would consist of. Coming up with an idea turned out to be way harder than we expected. In fact, we couldn’t come up with any ideas at all… 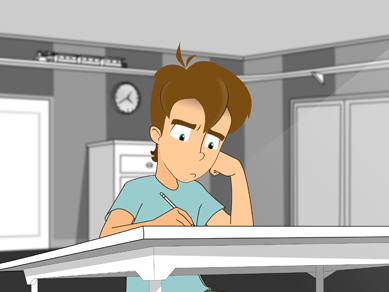 We were constantly asking ourselves, “what could our bumper be about?” We’ve never created something like this before and it was difficult for us to come up with an idea that we can show in 30 seconds or less. This was new territory for us, so it was very difficult for us to imagine anything. After spending so much time trying to come up with an idea that we felt could work, we eventually looked at ourselves and had a mind-blowing realization: WE were the idea! 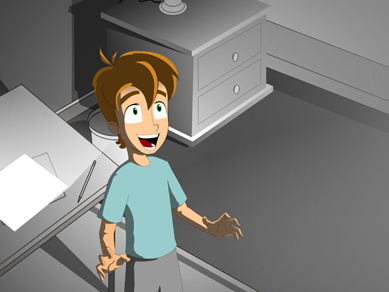 In other words, we decided to use our frustrating situation to our advantage by simply making a bumper about us trying to come up with an idea for a bumper. Does that make sense? Basically the kid that’s starring in our bumper will be a reflection of ourselves, and he will go through similar frustrations of trying to come up with an idea. We’ll make his world black & white to represent his lack of any vibrant or colorful ideas. We will then combine that concept with MyToons’s slogan (“Everything Animated”) and have our bumper end with his failed ideas literally coming to life by coloring/animating everything in his room. Hence, everything animated. 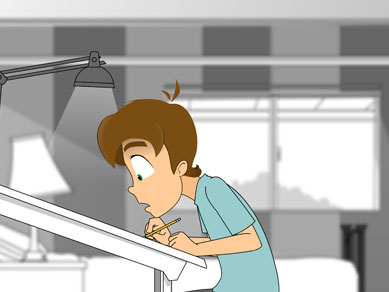 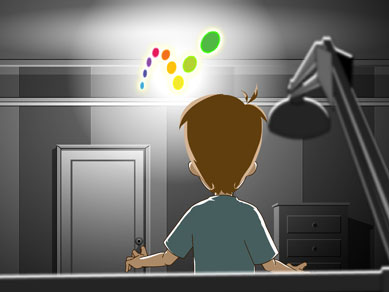 We’re still in the process of developing this bumper, and so far it runs about 25 seconds long.  There are still shots to be completed so we’re cutting it close to the 30 second limit. But hopefully it won’t get much longer after all of the animation is finished.

The competition ends February 28th 2008. The original deadline was January 18th 2008 , but they decided to extend it… lucky us!