We first announced the production of episode 2 back in November of 2007. At that time, the script was completed and we were well on our way into the preproduction phase. But once we started working on the ‘My Neighborhood’ pilot, the 2A episode was quickly put on the back burner. After we finished the My Neighborhood project, we started working on the MyToons bumpers, which ultimately took another two months of our time. 2nd Avenue had been on the back burner for about four months at that point, but we were finally able to focus on it again. This ‘MAKING OF’ post will give you a look behind the curtains as we continue to create our latest episode. 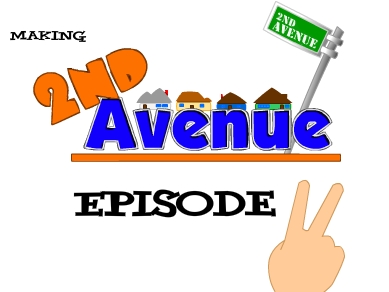 END_OF_DOCUMENT_TOKEN_TO_BE_REPLACED

We don’t usually participate in contests, but when we first heard about the MyToons Bumper Blastoff Competition, we decided to at least check it out. At first, we had no idea what a ‘commercial bumper’ even was, but after reading about it on the MyToons website, we figured that we could actually pull that off. Producing 30 seconds of animation definitely beats producing 30 minutes.